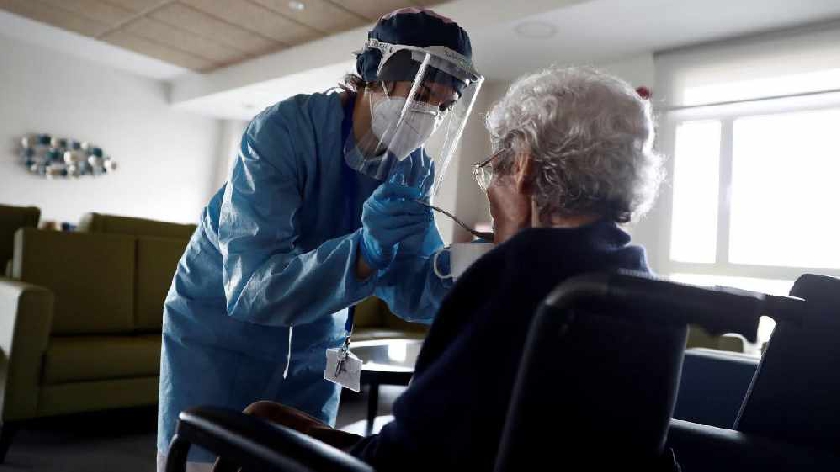 A council leader has called for a “conversation” to begin on whether to mandate staff in care homes and hospitals to take covid vaccinations.

But health service leaders at a meeting on Wednesday (7/4) said it was not something that could be decided at a local level – instead they are concentrating on trying a “drip-drip” approach to persuade care workers to take their jabs.

The meeting heard that there is still a low take up among workers in elderly care homes across Bedfordshire, Luton and Milton Keynes where about 60 per cent of staff had been vaccinated compared to 95 per cent of residents.

“We can be blind to it but I think it’s a conversation that will have to take place both at a national level and at our level and probably down to individual employer level.”

Nicky Poulain, the BLMK director of primary care, said she meets with local directors of adult social care and public health and the subject is being debated.

“What is very very clear is if the manager of a home is very supportive of a vaccine, we’ve been able to influence and negotiate,” she said.

“Mandating is not in our gift at the moment.

“It’s a bit like that drip drip effect over a number of weeks, you have to keep working at it, but it’s a very valid point.”

The meeting heard that some members of hospital staff have to have a hepatitis B jab, and Cllr Marland asked why some vaccines were mandated and others were not.

“What is the process to end up with something being mandated?” he asked.

Matthew Winn, the chief executive of Cambridgeshire Community Services, said there was a national process for deciding this which involves talks with national unions.

“We can educate, support and cajole but we are not in a position to mandate it,” he said

Simon Linnett, who chairs Bedfordshire Hospitals, said: “I can’t see it coming as mandatory on a case by case basis.

“That has to be done at a central level partly because we would be concerned about losing staff if we forced them, maybe, I don’t know.”

The meeting also heard that vaccinators are trying to find ways to take the service into some ethnic minority communities, where take up has been lower, to make it as easy as possible for them to get the jab.

A recent pilot scheme in Luton saw thousands more people from south Asian and Black communities receive their jabs and the meeting was told they are trying to learn lessons from this to take to other areas.