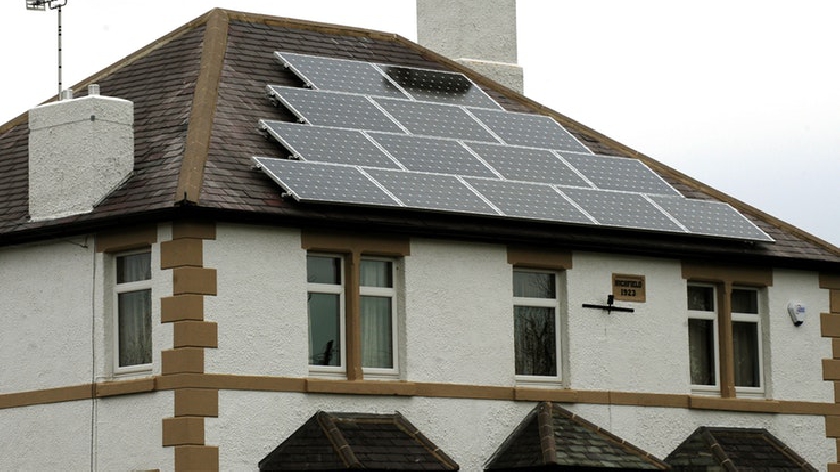 Households with green energy generators such as solar panels or wind turbines are currently able to earn money for the electricity they produce.

Government plans could see the scheme - known as the feed-in tariff - closed to new participants from next March.

Campaigners warn the move will make green energy less attractive, and could lead to a drop in installations costing jobs in the sector.

Figures from the Department for Business, Energy and Industrial Strategy show 3,295 households in Milton Keynes had signed up to the scheme as of September.

Almost all of the installations were solar panels.

Frank Gordon, head of policy at the Renewable Energy Association, said the planned change would be "very damaging" for the renewables industry.

"Our members are very concerned", he said.

"There are thousands of small-scale installers, 40% of whom say they could exit the solar installation market.

"That could mean 6,000 job losses for the sector if the Government follows through with this."

Participants in the feed-in tariff scheme - which was introduced in 2010 - are paid both a 'generation tariff' and an 'export tariff'.

This means they earn money for the electricity they generate for themselves, and for the excess energy they export onto the grid for others.

According to the REA, households could expect to save between £100 to £200 a year on their energy bills and receive around £100 per year from the two tariff payments.

The Government announced in 2015 that it would end the generation tariff for new participants in March 2019, but has since said it will also discontinue the export tariff.

The region of Britian that has seen the biggest take up is the sunny south west of England, where 466 out of 10,000 households have benefitted.

According to Greenpeace, the feed-in tariff has helped climate-proof Britain against "one of the biggest threats we face" by engaging people and communities with clean energy.

"To get to a zero-carbon economy we have to have that kind of buy-in from the public," said Doug Parr, chief scientist at the charity.

"By ending the tariff, the government is harming homeowners and hanging the solar industry out to dry.

"Jobs will go, investment will dry up, opportunities will be squandered."

Around half the energy a household's solar panels generate goes back onto the grid for others to use, according to the REA.

This could lead to the "unfair" situation where households are sending energy to big suppliers for free.

However, the scheme is funded through levies on suppliers.

The Government says this means the cost is being passed onto consumers without solar panels.

By the year 2020, the Government estimates the scheme would add a burden of £1.6 billion to consumer bills - more than three times higher than originally estimated.

A spokeswoman for the DBEIS said the scheme had outstripped predictions and had helped kick-start decentralised renewable energy generation.

"However, ultimately consumers pay—regardless of whether or not they directly participate in the scheme," she continued.

“The UK leads the world in renewable energy and will continue to do so.