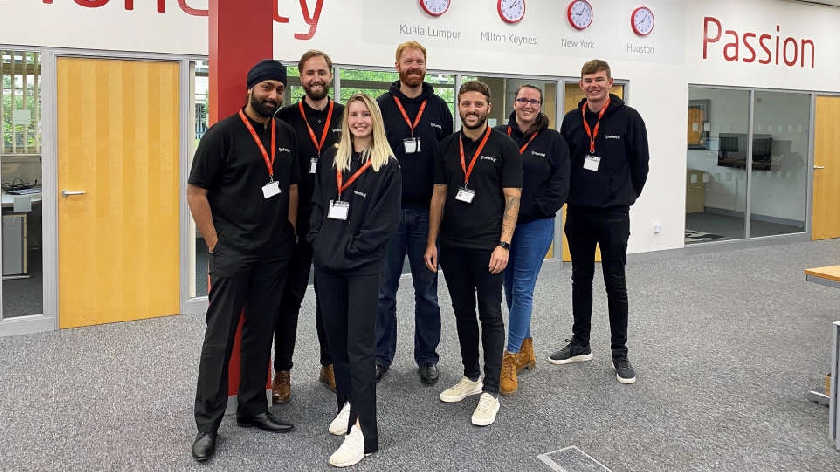 Pictures: Runners for the month

Milton Keynes based Silverbug is committing to support Prostate Cancer UK with a team from the company taking part in the charity’s Run the Month Challenge for October.

David, 64, from the West Midlands, had recently been treated for the disease which had returned five years later.

Through raising awareness and funds at his local golf club David has saved 11 men’s lives – men who were inspired by David to either learn more about prostate cancer or visit their GP.

Dan soon realised that out of the ten men he was playing with, four had been similarly diagnosed within a matter of months of each other.

Dan says, “It was really moving hearing about different men’s experiences, and it made me think how prostate cancer can affect any man, so much so that we wanted to help in the fight against this awful disease.

"The charity means a great deal to a number of people in the company, and we now have ten staff taking part in the Prostate Cancer UK’s October Run the Month challenge.

"They’re each being sponsored to run fifty miles across the month with all the money raised going to the charity.  I’m really proud of them all for committing to it and we’re be backing them all the way.”

One of those taking part is Silverbug account manager, Dilbagh Singh, who says, “Since we started working with Prostate Cancer UK it's made me more aware of everything the charity does for so many people, so when I heard that Silverbug were supporting the Run the Month challenge I decided to give it a go. Those who know me will know, running is not something I’m exactly renowned for, so this will be a real challenge. I aim to run as far and raise as much as I possibly can.”

George Jenkins, Director of Resources at Prostate Cancer UK, says, “Our partnership with Silverbug is well underway and we look forward to working with them over the coming years. Prostate cancer is the most common cancer in men, and one man dies every 45 minutes from the disease.

"We’re extremely grateful to all the staff at Silverbug who are going that extra mile and taking part in Run the Month to raise funds for Prostate Cancer UK. It is through commitment such as this that we can support men and their families affected by the disease, and fund research into better treatments and tests that could save thousands of lives.”